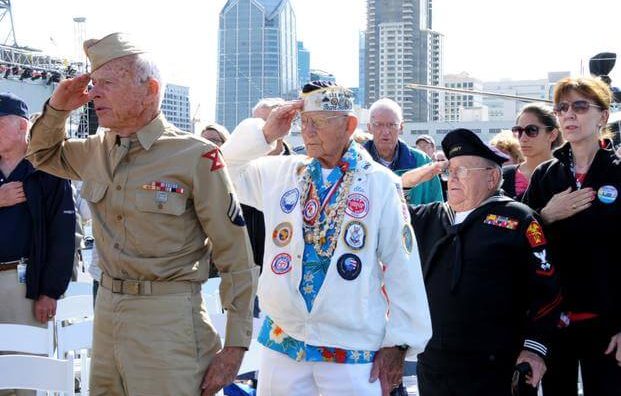 FAQs AnswerRing for Combat Veterans Q What if I want to buy an AnswerRing for Combat Veterans, regardless of distribution by the military? A Anyone can purchase an AnswerRing. However, the developers of the AnswerRing for Combat Veterans believe that our men and women returning from combat should be given the best tools available for a speedy readjustment to civilian life, and that such tools should be provided at no cost to the Vets or their families. After serving their country, Veterans should not have to purchase help, like that of the AnswerRing. We therefore encourage bulk purchases by all organizations Military or NGO interested in helping our returning Veterans transition back into civilian life. Every AnswerRing counts, however. So purchasing one for a friend or family member is an excellent step towards making his or her life better. Q What makes the AnswerRing different from other methods for getting information to Combat Vets? A The AnswerRing is a completely new concept. The Combat Veterans AnswerRing is designed to get Vets and people who care about them talking about the unique issues Veterans have to deal with after returning from combat. A Vet using the AnswerRing is not necessarily looking for help; in fact, the Vet could just be playing around with it and find a suggestion for a situation that he or she has not even considered before. You do not have to admit to needing any help to take this first step all you have to do is to pick up the AnswerRing, turn the dials, flip it over and read the answer. Because it has a game-like appearance, the AnswerRing is engaging while being non-threatening it is hard not to pick it up and see what it does. Q What if I dial in my situation on the AnswerRing and someone sees it who shouldnt? A Just because it is dialed in does not mean that it is your situation. But, if you do not want your situation to be known, dial in something that would not cause any problems before you leave it around. Q How do I decide if there is danger involved, like it says in Step 2 of the instructions? A If you are not sure whether there is danger or not, assume that there may be danger, and get appropriate help as soon as you can. Q What if I dial in a situation that seems unlikely? Isnt the answer on the back going to be pretty odd? A If the situation seems unlikely to you, do not dial it in. Leave that situation to a Vet who is actually dealing with it. There are a lot of odd situations out there, and we want you to focus on you. Q Why is the AnswerRing a dial-in device instead of a book? A Speed and simplicity. It takes just a few minutes to get many suggestions from the AnswerRing, whereas self-help books take a lot of time and commitment to read and understand. Most people want simple suggestions for starting to get help with problems; the AnswerRing is much easier than a how-to book. Q Why not make the AnswerRing a computer application available on the Internet or the iPhone? A We are in the process of creating an iPhone application of the AnswerRing series. However, the uniqueness of the AnswerRing lies in its physicality. There are already many good sites on the Internet to help Veterans, but Veterans do not go to the Internet for solutions when they do not recognize that they have a problem in the first place. It is the AnswerRings physicality that makes it a unique tool for catching peoples interest without posing a threat. Getting a suggestion from the AnswerRing is faster and easier than finding it on the Internet, so it is more likely to be helpful as a first step, especially for people who are feeling low.