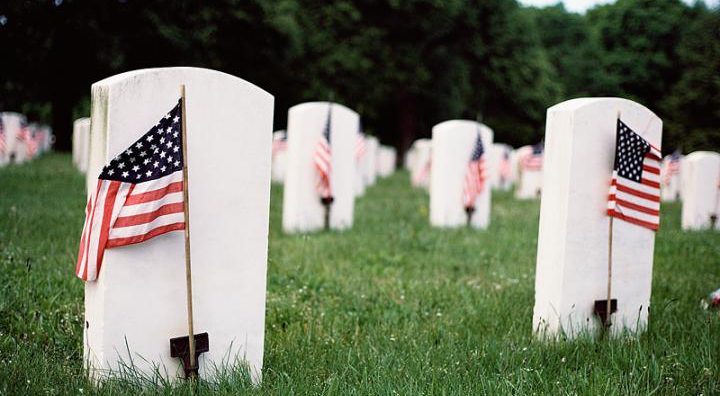 This Memorial Day, We’ve got to Do Better Diane Black – Tennessee Member of Congress This weekend, many families across middle Tennessee will mark the Memorial Day holiday with a day off from work – perhaps spent at a patriotic parade or a picnic with family and friends. But no matter where we are, we will all be enjoying the blessings of liberty thanks to the brave men and women who fought to keep us safe. On Memorial Day, we pay special tribute to those who made the ultimate sacrifice in defense of our nation, but it is critical to remember that every American who has worn the uniform of our country makes sacrifices of time, energy, and personal safety to protect the freedoms we hold dear. Unfortunately, while our nation’s veterans have always looked out for us – our government has not consistently responded in kind. Last year, we learned that 40 veterans reportedly died at a Veterans Administration (VA) facility in Arizona because they did not receive timely care. Similarly, 110 VA facilities around the country were found to have hidden lists of veterans waiting for treatment. Recently, the problems at the VA hit close to home when many of you contacted my office about the poor quality of care at the Alvin C. York VA facility in Murfreesboro. We already knew that middle Tennessee VA hospitals racked up some of the longest wait times in the nation. Now, multiple sources have revealed to my office that the Murfreesboro facility is not admitting new hospital patients, instead referring them to Nashville. These accounts further claim that the emergency room is closed and now functions as an urgent care center that closes at 8:00 PM daily, and was once left without a physician to staff the premises. To make matters worse, the hospital’s intern arrangement with a local university was reportedly not renewed – leaving the hospital without the support staff necessary to provide efficient, quality care. We cannot waste any time getting answers about this crisis and holding responsible parties accountable. That is why I went straight to the top; sending a letter to VA Secretary Robert McDonald to request a federal, independent investigation of the Murfreesboro VA hospital. Congress has fully funded the VA every year that I have served in Washington, so there is no excuse for the poor quality of care that our veterans are receiving. The agency was exempted from the automatic spending cuts in the President’s sequester and has seen its budget increase year after year in an environment where other departments saw their frozen or scaled back. Most recently, the House voted with my support earlier this month to increase VA funding yet again by 5.6 percent over last year’s levels. The VA does not have a problem with its balance sheet, it has a problem with the overall culture of the agency – and it is a crisis that must be fixed from the inside out. This Memorial Day, we’ve got to do better. As the wife, mother, and daughter of veterans I know firsthand that these brave Americans give our country their very best, and they deserve the same in return. We need a plan from this President to fundamentally reform and reimagine the way that the VA delivers care to our nation’s heroes and, in the meantime, we need answers and accountability from our local VA here at home. After everything our veterans have done for us, isn’t this the least we can do for them? Previous Post Obama Disgraces the Dead with False Claims of Success Next Post VFW Action Corps May 22, 2015 Related articles